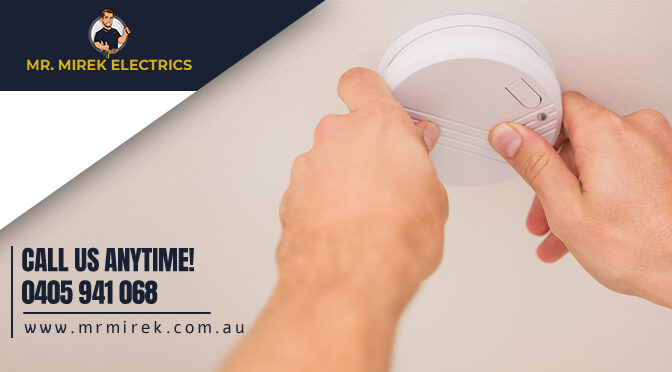 Smoke alarms are highly essential components of a fire alarm mechanism. In fact, it is the first line of defence, which will play a pivotal role in timely alerting people about an impending fire outbreak. It also acts prominently in nipping in the bud the likelihood of fire-related mishaps. Thus, when it comes to the installation of a smoke alarm system in Ipswich and anywhere in the world, you need to be particularly methodical. Thus, you need to hire a quality company that has been into the installation of state of smoke alarm mechanisms. This will also help you avoid the following mistakes, for the professionals of these service providers will never commit these errors during the installation of the system.

Not minding the False alarms

Despite its multiple life-saving potentials, smoke alarms are often prone to false alarms, if not set up properly. This needless to say causes a lot of annoyance to the stakeholders and in particular at homes with old members and babies & kids.

This is mainly caused by the inappropriate placement of the detector. When there is any mistake in the installation of the detector, it will pick up even the slightest of changes in temperature and mistake it for fire and smoke, thereby setting off and causing annoyance. This is where a professional electrician in Logan from a qualified company like us will make the difference.

This is another mistake that people would make while installing the smoke alarms. When you set the alarms too close to the bathroom and kitchen, it leads to improper behaviour. The temperature in that area is likely to be high quite often. Kitchens and bathrooms also generate smoke quite often. As a result of this, the system will either trigger off a false alarm or will fail to alert in case of a genuine threat, mistaking the emission of smoke or the change of the temperature as a normal phenomenon.

Not setting up smoke alarms in basements or attic

While carrying out smoke alarm installation in Brisbane, our techies will never make the mistake of installing them at your loft or in the basement. Forgetting to install smoke alarms in the attic or basement is a blunder as often these places are left vacant with no one around. Hence, any mishap there will be quickly brought to notice only if there is a credit smoke alarm system installed.

Not setting up interconnection between the smoke alarms

When the smoke alarms are interconnected between each other, any anomaly picked up by one will quickly be reported to other alarms, eventually triggering off the entire alarm system. However, when no such interconnection is carried out by the emergency electrician service in Brisbane or elsewhere, it will fail to trigger off the entire alarm system. It will fail to alert those away from the spot of first smoke and fire.

That is the reason when Mr Mirek Electrics turns out to be the best in the business as our techies will never commit these mistakes. Hence, we are one of the best when it comes to installing the smoke alarm system. For further details, call us at 0405941068. We are available 24×7.